Some of the best photographs at a wedding involve children. They can be so unpredictable at times and this can make for some fantastic candid style photos. At other times it’s nice to set up some shots and get the kids to hug each other and lark around, the shot below is one of these.

This was taken at Peckforton Castle in Cheshire a few weeks ago. For those that don’t know, Peckforton was built in the mid 1800’s near the village of Peckforton in Cheshire. In 1988 the castle was renovated and converted into a hotel. Peckforton Castle is now used as a luxury hotel and a high class venue for weddings and other events. The building was badly damaged by a fire in 2011 during a wedding, the cost of the damage was around £6 million but walking around the castle now, you’d never know.Anyway, back to the photo, these two little bridesmaids loved their dresses so much, they kept asking me to photograph them.

I’d seen this lovely sofa on the corridor where Claire, the bride was getting ready and thought it would make a lovely shot. I asked them to sit down, give each other a cuddle and just made a joke with them and there you have it. 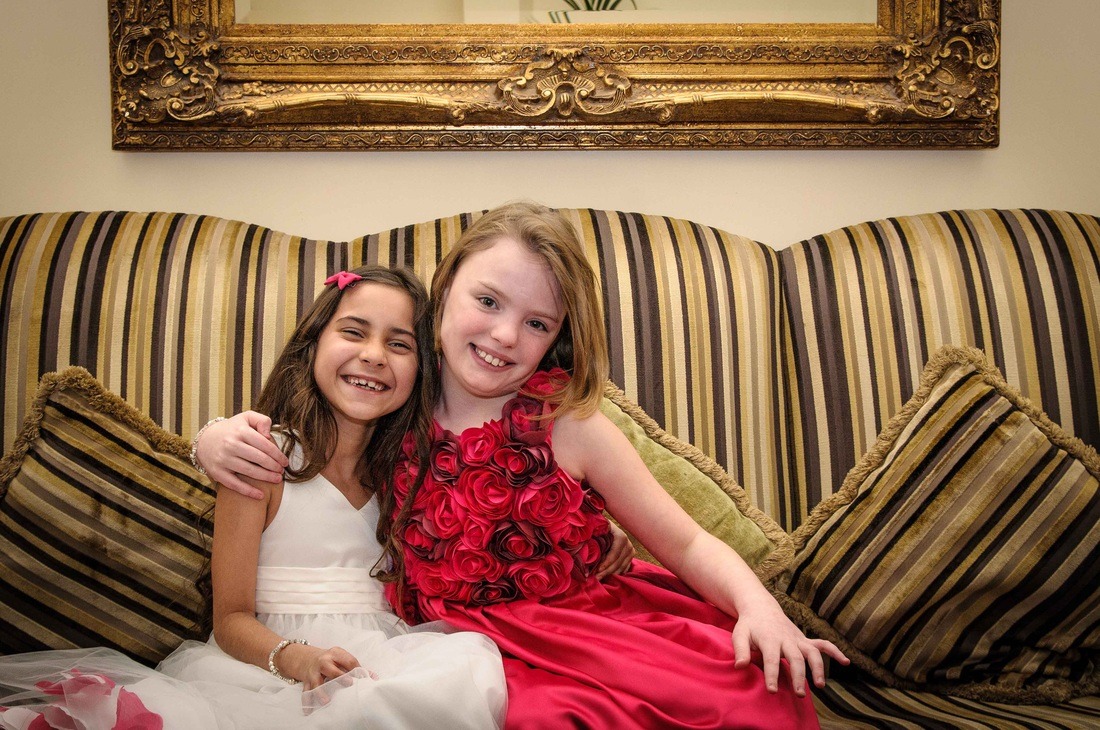