Why not hire a Vacation Photographer for Your Next Trip to Manchester?

Brad & Garrett got in touch with me months ago while they were still at home in Austin, Texas. They were planning an anniversary trip to Bali and on the way back were stopping over in Manchester for two nights. They love photos and especially documenting the many trips they take with each other.

Selfies and selfie sticks are one way of capturing this but nothing can beat having somebody taking the photos for you. They’d used Flytographer many times before. Flytographer is a vacation photographer community that has hundreds of photographers in many countries and cities around the world. When Brad was searching their website he couldn’t find anyone in Manchester so the search was on.  Flytographer’s loss was my gain as he found me using Google. After telling me their plans we booked the date for early October.

When October finally arrived, I was keeping my fingers crossed for some dry weather and luckily the weather gods were on our side. I met Brad and Garrett in the queue at Starbucks on Deansgate where we had a coffee and a chat about our plans for the next couple of hours. They had a couple of places they wanted to see so after the coffee was finished we set off over the road to John Rylands library. They were amazed at the architecture in this beautiful old building and I have to admit it is stunning.

We then set off to location number 2, which was Manchester Cathedral. No venturing inside though as we had to get to location 3 for 11am. Location 3 was Chethams Library and they have a timed entry system. We were shown around by Dave, our guide and he gave everyone some amazing facts about the history of Chethams. After leaving, we walked through the Corn Exchange and took a quick detour to see Abraham Lincoln’s statue but then ended up at the Beer Festival in Albert Square. No time for a quick pint though, as we went through the famous arches at the back of the town hall and finally taking our final photos at the old red telephone boxes opposite the library.

A fantastic morning with two of the nicest fellas I have met. Thanks Brad & Garrett for the BBQ sauce, gummy bears and fridge magnet. I hope you tried the curry sauce and mushy peas with your fish and chips.

Brad & Garrett, this is your time in Manchester. 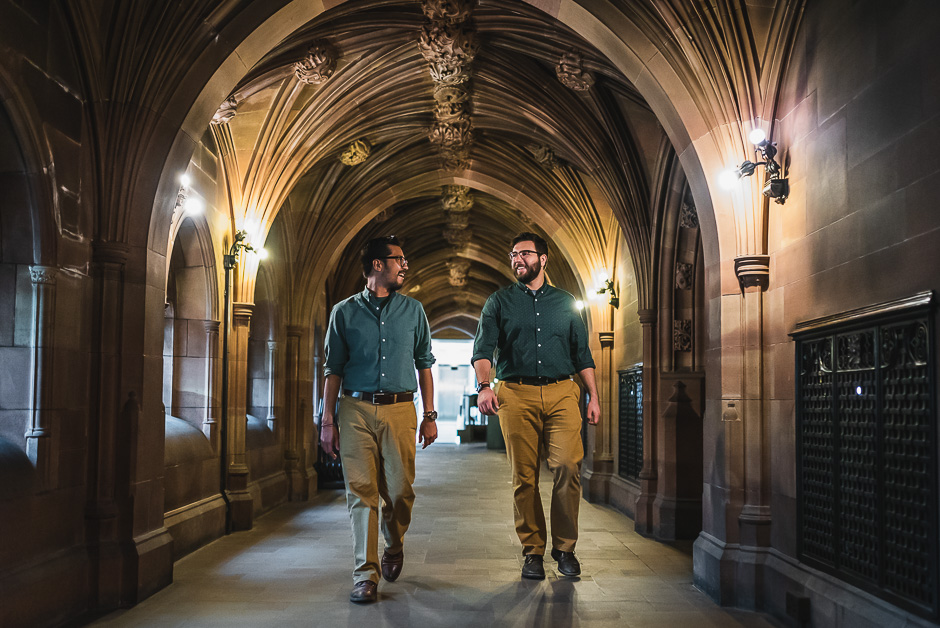 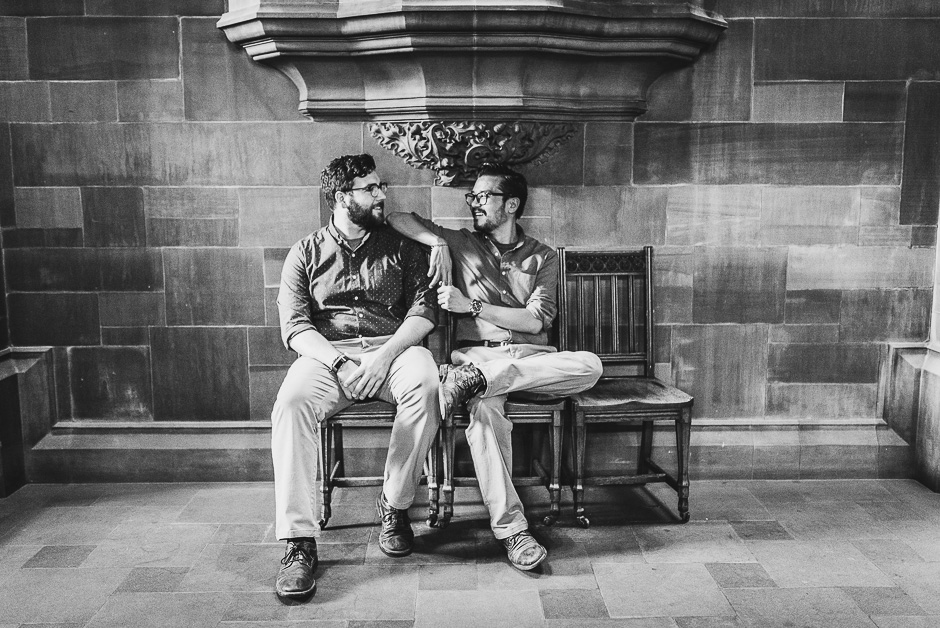 If you are looking for a vacation photographer in Macnhester, Liverpool, Chester or Lancaster then why not documents your trip with some photos. Take a look at my pricing page for more details.